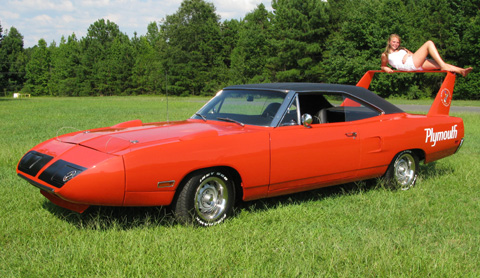 This Is My Plymouth Road Runner: My Tor-red 1970 440 Six Barrel Plymouth Superbird. Console Automatic with 3:55 Gears. A friend of mine located the Superbird in Saluda, South Carolina. After deciding he didn’t want to buy it he passed it on to me and in November 1980 I bought it from the original owner. I restored the Superbird and sold it in 1982. Belonging to the Winged Warrior Club I contacted them about 2 years ago and asked them if they could give me any information as to where the Superbird might be and if I could talk to the owner. They were able to get in touch with the owner and gave him my e-mail address. He e-mailed me back and I told him that I had a lot of information about the bird as well as pictures that I had taken of it before and after the restoration. He was on Facebook and we became friends so he could look at the pictures I had put on my page of it. About 5 months ago I was bouncing around my friends pages on Facebook and saw that he was putting the Bird up for sale after owning it for the last 12 years. I couldn’t believe what I saw and after talking to my wife I started communicating with him and made an offer on it which after about a week of talking it over with his wife he accepted my offer. All the arrangements were made and my wife and I hooked up our trailer and headed north. Around 800 miles and 24 hours later There I was, looking at the Superbird that I had saved and restored 30 years ago. She’s now back home with us and has already been to several car meets and shows. I’m doing what she was made to do and that is to be driven and enjoyed. I enjoy seeing peoples eyes light up when they see her. And there are several kids and mom and dads who still can’t believe it when I tell them to put the kids inside the bird behind the steering wheel and blow the old Beep! Beep! horn and then sit them on the rear wing for pictures 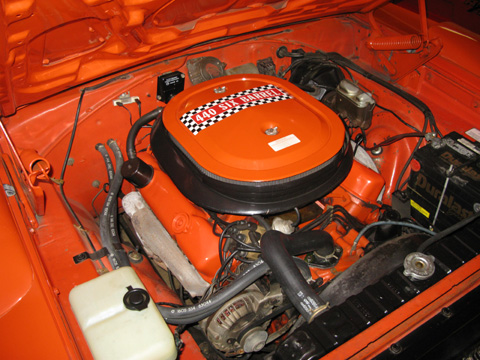 For more information and photos of this Road Runner: